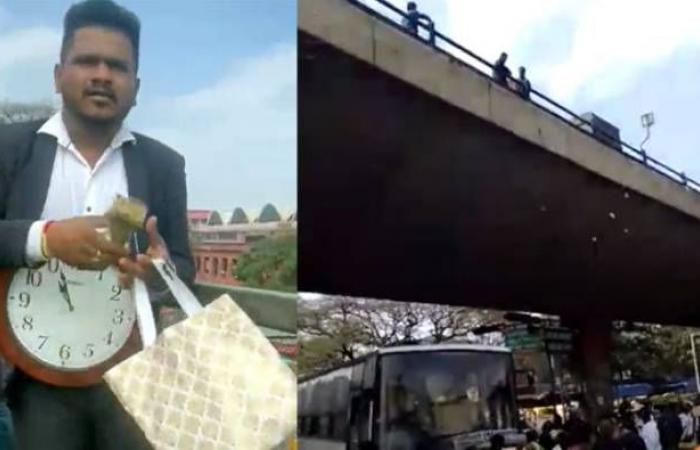 Rain of Money: It is a busy road.. while going to office suddenly there was a traffic jam. The employees are waiting to see when the office will be able to wake up and when the traffic will clear. Suddenly it started raining notes. Everyone was surprised at once. They looked here and there wondering where the rain of currency notes would come from. Meanwhile, a man was seen taking out the money notes from his bag and scattering them. All this took place in the city of Bangalore.

A man threw currency notes at the crowd from the top of the Sirsi Circle flyover at KR Market. People competed to get those notes. They stopped the vehicles and hunted for notes on the road. There was a heavy traffic jam. The man who threw the notes was dressed in a strange outfit, wearing a suit and a wall clock around his neck. He attracted everyone’s attention by scattering currency notes in his hand bag from the top of the flyover. The video of this is going viral on social media. However, it seems that the person scattered Rs.10 notes. 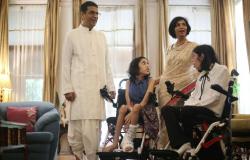