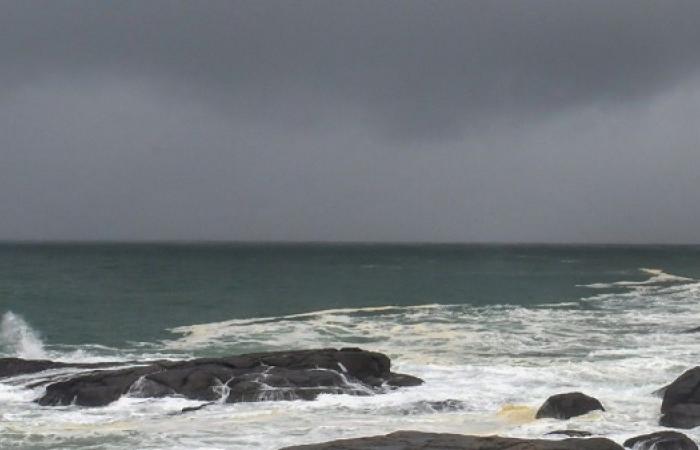 People of entire North India including Delhi are now slowly facing the cold wave. At the same time, the Meteorological Department has issued a warning of heavy rain in many states regarding the cyclonic storm ‘Mandus’. In such a situation, let us know, the condition of the weather across the country-

The effect of snowfall in the hilly areas of India is now visible in the form of cold wave in the whole of North India. Due to this, the cold has suddenly increased here. At the same time, the period of heavy rains is still going on in the southern parts of the country. Alam is that the Meteorological Department has issued a warning of severe rain in many states of South India due to the cyclonic storm. In such a situation, let us know the latest condition of the weather across the country-

According to the Meteorological Department, this week a cyclone is expected to form over the Bay of Bengal and reach Tamil Nadu., There is a possibility of reaching the nearby coasts of Puducherry and Andhra Pradesh. This is being told the second cyclone after the monsoon. Along with this, it is being said that once it is formed, it will be known as ‘Mandus’ cyclone storm. Due to this cyclone, there is a possibility of heavy rains for the next 5 days in many southern states. The Meteorological Department has also issued a warning regarding this.

According to the Meteorological Department, this storm will hit Tamil Nadu till December 8., It is very likely to reach Southwest Bay of Bengal near Puducherry and adjoining South Andhra Pradesh coast. That’s why the Meteorological Department has predicted northern Tamil Nadu on 7 to 8 December., In many parts of Puducherry, Karaikal and Andhra Pradesh, a warning has been issued for heavy to very heavy rains. While on December 9, heavy to very heavy rains have been expected in Tamil Nadu. On the other hand, due to this, light or moderate rain is expected in Andaman and Nicobar Islands on Tuesday.

Possibility of cold wave in these states,

The cold is increasing day by day in the national capital Delhi and its surrounding areas. The dense fog in the early morning has troubled the people. At the same time, the situation of pollution is also not taking the name of improvement. Today also on Tuesday the average air quality of Delhi has been recorded at 337., Which is It comes in very poor category. According to the Meteorological Department, today the weather will remain dry here. During this, the minimum temperature can be 7 degrees and the maximum temperature can be 21 degrees.

If we talk about the weather of Uttar Pradesh, then there is a possibility of increasing cold in many cities of the state in the coming days.

There itself, If we talk about the weather of Bihar, then in many districts, the period of Sheetalhar is going on since the first week of December. Due to the westerly wind blowing in the evening, the chill is increasing further. The weather in Jharkhand is normal and there is a possibility of further increase in cold in the coming days.

While the hill state of Jammu and Kashmir, There is a possibility of snowfall in Uttarakhand and Himachal Pradesh.

English Summary: Weather Cyclone update: Severe rain warning in these states due to ‘Mandus’ cyclonic storm, these states troubled by cold wave
Published on: 06 December 2022, 11:01 AM

Show your support for Agriculture Journalism..!!

You must cooperate with us (Contribute Now)